A method of numerical plate testing (NPT) for composite plates with in-plane periodic heterogeneity is proposed. In the two-scale boundary value problem, a thick plate model is employed at macroscale, while three-dimensional solids are assumed at microscale. The NPT, which is nothing more or less than the homogenization analysis, is in fact a series of microscopic analyses on a unit cell that evaluates the macroscopic plate stiffnesses. The specific functional forms of microscopic displacements are originally presented so that the relationship between the macroscopic resultant stresses/moments and strains/curvatures to be consistent with the microscopic equilibrated state. In order to perform NPT by using general-purpose FEM programs, we introduce control nodes to facilitate the multiple-point constraints for in-plane periodicity. Numerical examples are presented to verify that the proposed method of NPT reproduces the plate stiffnesses in classical plate and laminate theories. We also perform a series of homogenization, macroscopic, and localization analyses for an in-plane heterogeneous composite plate to demonstrate the performance of the proposed method. Copyright © 2015 John Wiley & Sons, Ltd. 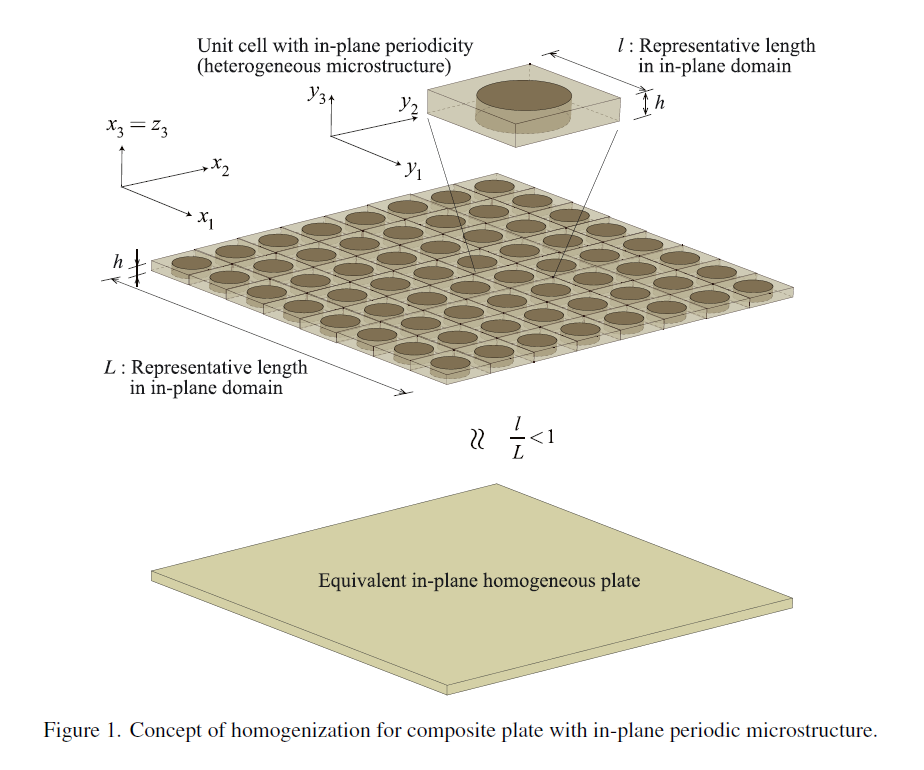