CMAS 4.0 has been released in September 2012.
In this version, creep feature with homogenization analysis (physical properties identified) has been newly added to the non-linear version.

【Notes】
＊Please register from the link above if you have not yet registered to use our WEB site support Quick-A.

The ability to identify the material properties of the creep based on the results of creep test material have been newly added to the non-linear version. A material that is various non-homogeneous can be an analysis object since creep material constitutive law that can consider the anisotropy is implemented. In Ansys, material constitutive law based on the Hill potential has been implemented in order to represent the material behavior of anisotropic creep. However, the function to determine (called identification) the material property value from the material test data is not implemented. In CMAS4.0, it provides an environment to run all of the flow series from the acquisition of material test data to material property value identified. The environment of curve fitting allows high precision and easily implementation without having special technical knowledge for the physical properties identified with the use of a particle swarm optimization (PSO)* which is the latest optimization algorithm. 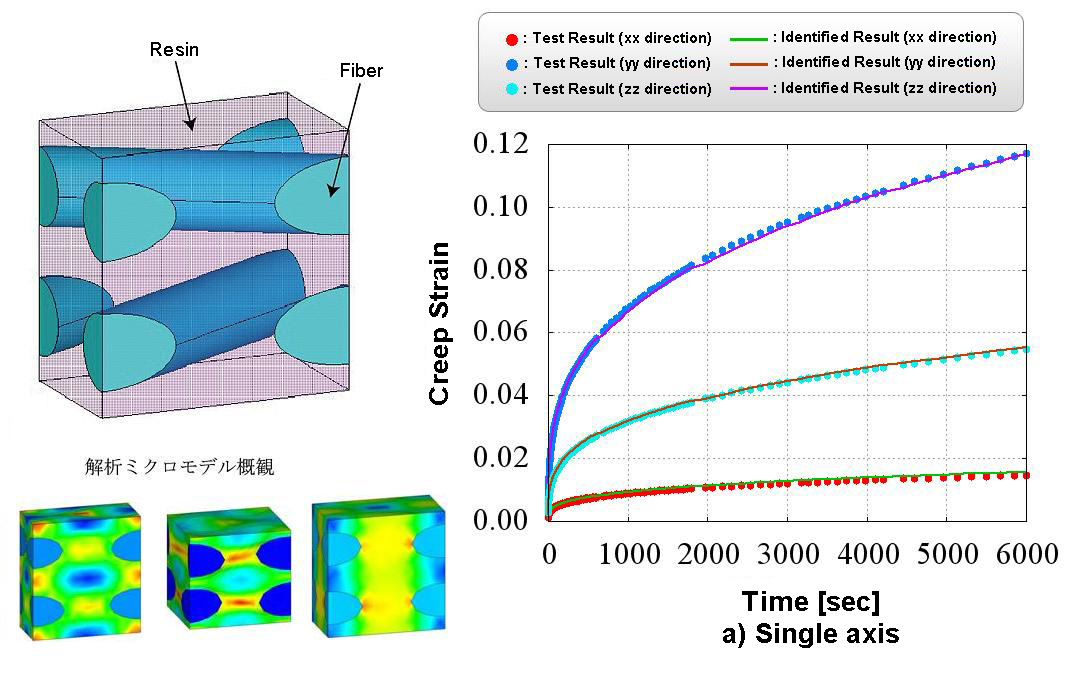